What else are we not seeing?

You may or may not have heard this story, about a family who went on holiday to a remote place:

A young boy in the family, mesmerized by the night sky, asked, "Daddy, why don't we have stars like this at home?"  His father explained that the brightness of the stars is hidden because of all the electric lights.  The child became silent, deep in thought and then suddenly broke out of his pensive mood with the exclamation: "I wonder what else we're missing!" 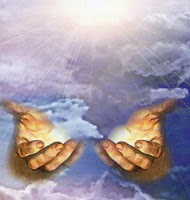 That story, quoted in Macrina Weiderkehr's lovely book, Abide, resonated deeply with me today.  I have been privileged to attend two very powerful, and very different events this week.  The first involved five hours of exuberant and Spirit-led worship alongside 600 others.  The second was a Masterclass on silent, contemplative prayer.  To find a greater contrast would be very hard, and yet I am struck by the resonances between these two events and the question of the little boy; "I wonder what else we're missing!"

Both were unmistakeably about the presence and power of God.  And both were about hosting that presence.

Victory Church in Cwmbran has been caught up in a great move of God over the last two months. It all began when a man who had been confined to a wheelchair for 10 years was healed when hands were laid on him in prayer.  Since that moment, sensing that God wanted to continue moving in power, the church has been consistently worshipping and praying, with a few exceptions, every night. Hundreds are being drawn to the church, hundreds are making first time committments to Christ and hundreds are being healed.  You can read a very balanced account of it all here.

I was with them on day 50 of this outpouring.  By that time there had been 250 reported healings, of which 50 had been medically authenticated as miracles.  And, perhaps more importantly, people and communities were being transformed by the tangible touch of God. Speaking with the pastors of the church, they spoke of how the events that were overtaking them were forcing them to surrender themselves in prayer, day by day, moment by moment.

Cynthia Bourgeault, an internationally renowned authority on contemplative prayer, offered something very different.  She spoke of how radically surrendered prayer can transform our consciousness and take us into the very heart of God in such a way that the wholeness and abundance of the reality of the Kingdom of God can break through into the present moment.

I wonder what else we're missing?

The 'Prayerful Moments in the Pandemic' series is growing!


It now has it's own web page so that you can easily find all the meditations in the same place.


Head over here to see it … and find your 'calm place' in the storm. 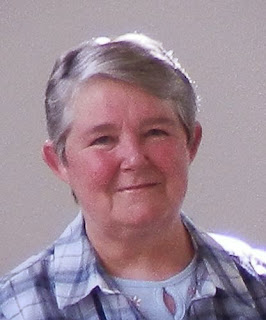 Thank you for dropping by.

Please support me by praying for my ministry.
.

Click on the image to be transferred to my ORDER PAGE where ALL my books, CDs and cards may be purchased

In early 2010, I had the privilege of studying and writing at Vaughan Park Anglican Retreat Centre in New Zealand [click image for details]

Since 2004, I have worked as a Christian Writer and Retreat Leader.

I specialise in weaving contemporary poetry, scripture and contemplative meditations into retreat times and my retreats are usually aimed at helping others to deepen their relationship with God and to receive his healing love.

I am always open to discuss ways in which I might be able to help those seeking a retreat leader, or seeking to find a suitable retreat for themselves, so please do get in touch.

Please support me by praying for my ministry.

I'll be posting my latest news and prayer requests on this site.

Where I'm leading events or visiting

.
The photo at the top of this page is courtesy of David Beale.